Thanks to Diego Wasser for pointing out the error I made in my use of Colliders in Unity3D.  He’s 100% correct – if you have a collider attached to a GameObject that is moving you should also attach a rigid body to the same GameObject.  In my case, I was moving a parent object that held a bunch of smaller objects, each of which had a collider attached.  I went back and added a rigid body to each of those smaller objects as recommended in the post linked by Diego.  I also marked them as kinematic, as I don’t need physics (gravity etc), just collisions.

I also confirmed with Unity support that this was still the case, and was told it was even more of an issue in Unity5.  I requested that they add a line to the manual in the collider section to make sure everyone is aware of this performance buster.

For more information, check out the post on the Unity Answers forum:

I’m sure almost everyone out there already knows this, but it’s something I just recently discovered…

I wanted to make a App preview video for the Candy Bubble Drop update to submit to Apple along with the archive.  Did some searching and found a few options to record from an iOS device, but they required me to spend money – let’s face it, that was the last option.

Then I thought it would be better to record directly from the Unity player window, set to the correct resolution, and if I did it on a PC, then I could use FRAPS which I already owned.  A few minutes later and I had the game running on my PC inside Unity with a large player window that mimicked iPad resoultion.  FRAPS was activated and I was able to capture gameplay video, with the bonus of being still in the editor, so I could jump around between levels a lot easier.

From there, I moved the video clips back to my Mac and opened them in Handbrake.  Handbrake Mac has a live preview window and as I needed to trim the recordings to just the iPad size (there were some window decorations, and I made the window a little wider/taller to make sure I had the right rez).  Handbrake Mac allowed me to adjust the trim values and see what I was going to get – nice right?

I exported the videos as .mp4 files and then imported them all into iMovie.  iMovie now has an ‘App Preview’ project window, which allowed me to stitch the videos together and output a MP4 suitable for upload to the App Store.

This is then where I ran into a bit of a hurdle.  The App Store will let you upload a demo video for each device size, actually it requires it.  If you only upload an iPad sized video, then only people previewing your app on the iPad will see the video, you need to upload videos specifically for the iPhone 5, iPhone 6 & iPhone 6s – each of which has their own video size. Eeek!

Once I’d completed that, I was able to use the ‘App Preview’ movie template in iMovie and create the video.  At this point I was pleasantly surprised to discover that iMovie rendered my output as 1080×1920, the size I needed for iPhone 6s.  I had planned to use FFMPEG to upscale the movie, but that wasn’t needed.  From there, it was simple to use Handbrake to resize this high-rez movie down to the other two required formats.

But, here’s the kicker. When hunting for App Preview guidelines/restrictions I found a nugget buried in the documents that Quicktime could use your iOS device as a video/audio source, as long as it was connected to the Mac with a lightning cable.  This was an awesome discovery, now I could play the game directly on my iPhone 6 and my iPad and record the entire session with audio.  This would save a ton of time as I didnt need to crop the videos or re-encode from the PC Avi format to MP4. If only I’d known sooner…

Quick note to self…

When using legacy animations in Unity, make sure you set them to loop (if that’s what you need), otherwise they play once & stop.  Spent more time trying to figure this out than I’d like to admit.

Pretty simple to do:

You might want to check that animationController isn’t NULL before you update wrapMode.

Working on a new game app, and I wanted to know when my player object collided with a crate.  Thought I did everything right, but it turns out I was missing on critical thing. 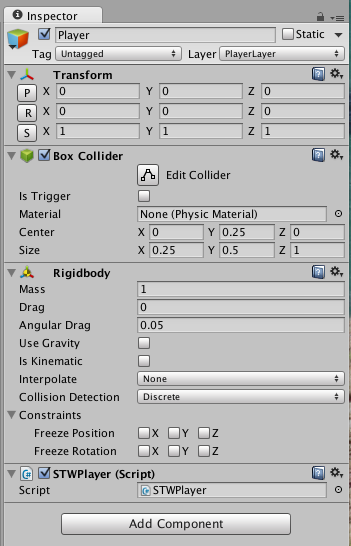 My player object had a rigidbody, neither gravity or kinetic were checked.  I added a box collider and scaled it to enclose my 3D player object.

The crates had a box collider with trigger checked, but no rigidbody.  My thought here was as I had one player and upwards of 60 crates in the scene, I could get away with one rigidbody instead of 60 which would save memory and maybe some execution time without any drawbacks.

The game has the crates moving towards the player and the player doesnt move (at the moment).

Turns out when you do this, the rigidbody attached to the player will ‘fall asleep’ and not detect any collisions.  Took me quite some time to figure that out!  To correct it, you could add a zero force to the rigidbody, or just call the WakeUp() method.  I chose the later method by adding the following two lines in my player’s Update method:

That solved my problem, and my player now generated OnTriggerEnter calls!  Hopefully this post will help save someone else from the same hair-pulling exercise!

As you can see from the ‘before & after’ image below, the in-game visual style got quite a lift from the old ‘programmer’ art. I really like the textured background. This is done with a tiled sprite repeated horizontally. The color tint is adjusted based on the current zone. 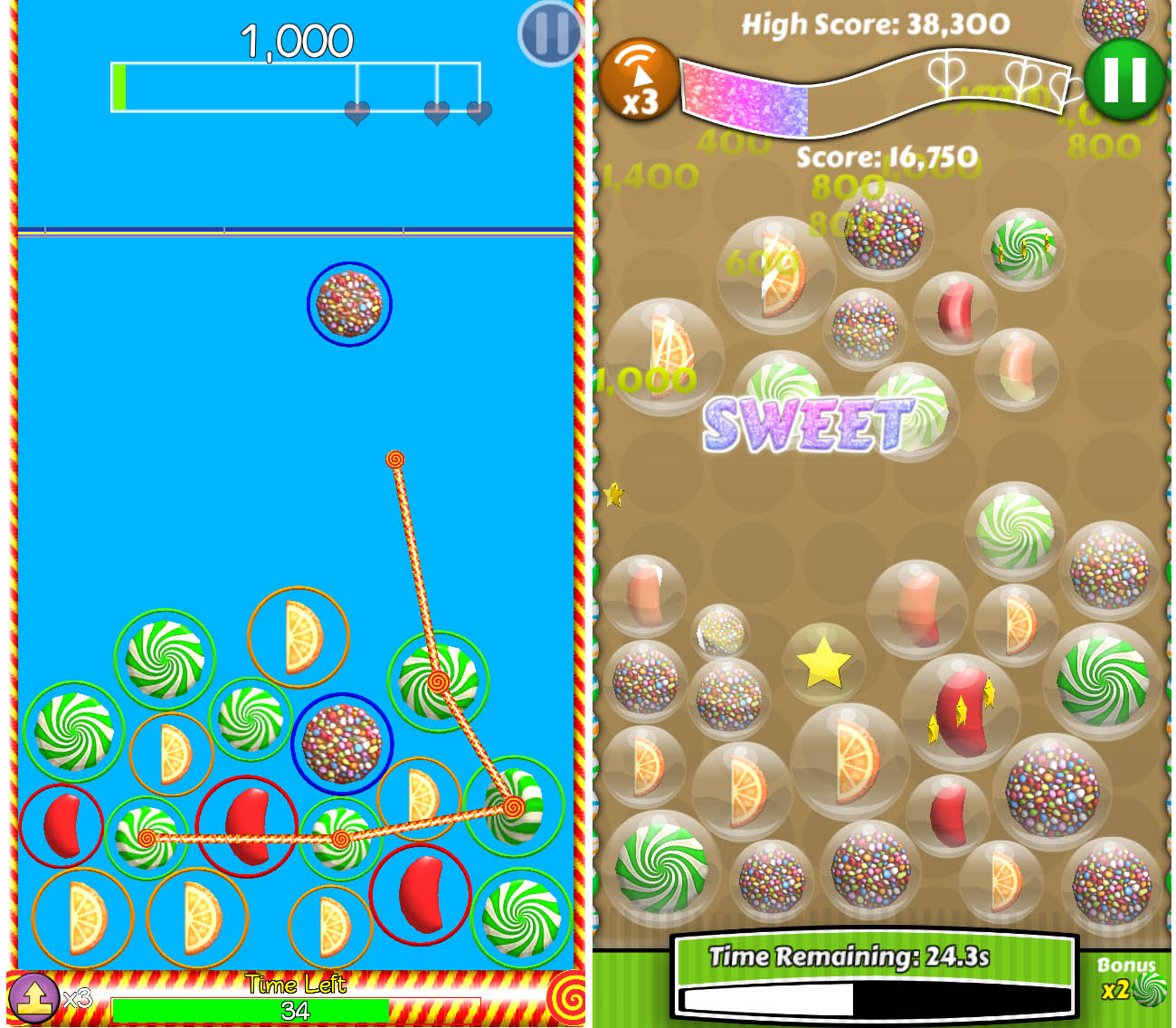